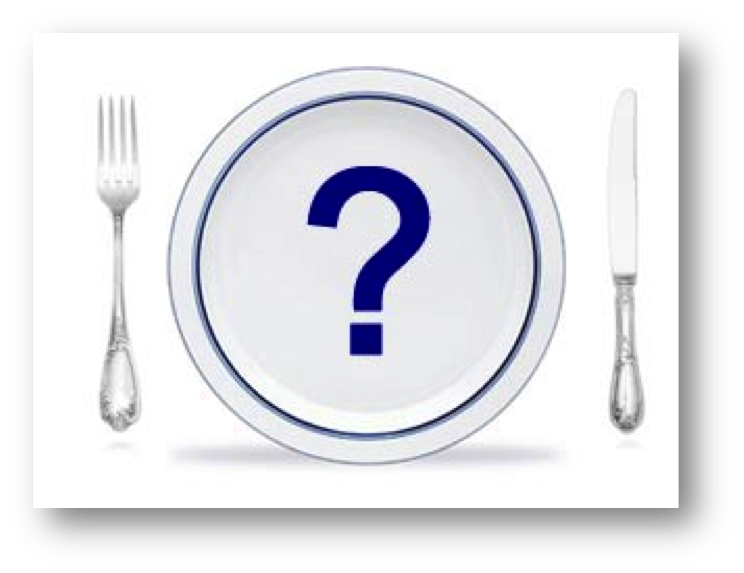 It’s no surprise that nutrition and health rank low in the United States. With inconsistent principles of eating and an overwhelming amount of misinformation, the people of this country are often misguided on making appropriate nutritional choices. Foods that were once portrayed as healthy are now suggested in small increments. Media reports, health endorsements, and government guidelines all conflict with each other. Understanding nutrition and foods is a daunting and ever-changing task, so we will outline some facts behind the most misunderstood choices.

Macronutrient is a term used to define the types of nutrients that make up the foods we consume. There are three macronutrients: Protein, Fat, and Carbohydrates. All macronutrients measurements are based on gram/calorie ratio (Protein 1:4, Fat 1:9, Carbohydrates 1:4). This is how calories are computed. In a perfect world, our bodies would react like an equation. If we ate fewer calories, we would lose weight and tighten up our bodies. The difference is, our bodies’ changes are based on internal reactions, such as insulin and cortisol responses, and need more attention than just measuring portion size. This is why all foods are not the same, even if the numbers are. 400 calories of low-fat ice cream does not provide the same reaction as 400 calories of chicken stir-fry.

This will not give you a flat stomach.

The right nutritional information needs to be understood in order for people to make appropriate, informed choices. The amount of information available is not the issue, but not understanding the right nutritional information is a common mistake. Some information is basic but can be misinterpreted. For example, simple sugar carbohydrates cause a dramatic increase in insulin levels. Proteins and good fats, however, do the opposite. Combining the wrong macronutrients, such as simple carbohydrates and saturated fats, can induce the wrong hormonal responses.

A person may be unaware of the nutritional components of their food choices and assume that their choices are healthy. Mistakes are often made in hopes of “health”, based on information interpreted from sources that less than credible. Just a few years ago, popular weight loss programs such as Jenny Craig and Weight Watchers used calorie-counting as their measure of success for their members. Nutritional experts preached the importance of “calories intake vs. calories expended.” The FDA stressed a 2,000 calorie diet and the USDA created the food pyramid that depicted grains as the most important nutrient necessary for good health.

They mislead us all.

A Guide To Diabetes

Fast-forward to today. Weight Watchers now measure carbohydrates instead of calories. “Nutritionists” now heavily promote protein-rich eating habits. And the USDA? Take a look at the new “MyPlate”, which now has a reduced grain portion and increased protein portion.  The “need” for grains is decreasing and being replaced by natural carbohydrate sources such as vegetables and fruits. On the other hand, the importance of protein is becoming more and more evident in almost every dietary recommendation.

It is evident that research and studies have changed the outlook of credible nutritional information sources. It is now the goal of the fitness experts, like myself, to filter out the outdated information and provide a clearer understanding of the misunderstood foods.

Let’s get one thing clear: There are many variables that can affect body changes. It is possible, and relatively common, for a person to make smart nutritional choices, exercise regularly, and not see any changes to their body. Factors such as genetics, age, body type, medication, health condition, health history, hormonal irregularities, blood type, organ function, gastric function, and others can significantly interfere with a well-balanced fitness progress. Even the best foods will not have the same effect if any of these factors impede the absorption and application of the nutrients consumed within the body.

Sometimes there are other variables that can prevent the body from adapting and changing. Consider all health possibilities when results are stagnant (and don’t be so quick to blame your trainer!).

Almonds, Cashews, Pecans, Walnuts, and Peanuts are the most commonly consumed nuts. Nuts are high in protein and rich in mono-unsaturated and poly-unsaturated fats, which help reduce the risk of heart disease and lower LDL cholesterol. Nuts are also high in fiber, which helps keep the body satisfied and digestion well regulated. Other nutritional properties of nuts include L-Arginine (amino acid), Vitamin E, Omega-3 Fatty Acids, and Selenium.

Nuts are often scrutinized based upon their high caloric value. The tendency to over consume nuts is a common mishap. Instead of adding nuts to a diet, nuts should be used to replace saturated and trans fats. Because of high caloric profile, nuts will keep a person satisfied when consumed in moderation. Use nuts as a nutritious substitution for a high-carbohydrate snack or whenever time availability becomes an issue.

A common choice among women, yogurt is often viewed as a tasty and healthy snack. Yogurt is a dairy product that is simply made of milk and starter culture. It is popular for its light consistency and nutritional value. Yogurt contains probiotics, which are good bacteria that help regulate the bad bacteria in the gastro-intestinal region. Yogurt also provides an exceptional amount of calcium and a good amount of protein from the milk used to make yogurt.

Yogurt is a low-calorie snack, with a majority of the calories coming from carbohydrates and protein. Some yogurt brands, especially ones with flavors, have a higher content of sugar. Sugar causes an increase in insulin response to the food. The insulin response will trigger cravings that make it hard for anyone to eat a moderate-portioned meal. Also, insulin will cause the sugars to store in fat cells, unless consumed directly after exercise.

Yogurt has many benefits, but can also be substituted for something with better quality nutrition such as Greek Yogurt or Cottage Cheese, which are both higher in protein and lower in sugar. Even switching to lactose-free or plain yogurt can help improve the nutritional value of yogurt.

It is hard enough to get people to eat breakfast. It’s even harder to convince people to re-think their breakfast choices. The most time-sensitive meal of the day will set the bar for all the other meals of that day. Cereal is a high-carbohydrate breakfast choice that can cause the insulin levels to rise based on its macronutrient profile. The grains used can vary by brand, but, as we are learning, even the healthiest grains affect blood sugar levels.

Cereal is great for vitamins and minerals and usually has lot of fiber, so this staple breakfast choice has many benefits, as well. Replacing something as convenient and tasty as cereal can be difficult, but consider switching to a difference source of carbohydrates, such as oatmeal. Oatmeal helps reduce insulin secretion and is a cereal. Furthermore, oatmeal can be made in only a few minutes.

This grain is the most widely grown crop in America (332 million tons annually).  It is a grain and not a vegetable, unbeknownst to many people.  Corn is naturally high in carbohydrates because of its starch content, and is high in fiber and B-12 vitamins. Its antioxidant profile also helps protects against free radicals (molecules responsible for aging and tissue damage). It is used in a variety of meals and forms, and is also used to feed livestock because of its low-cost.

Corn, like many other grains, is lacking in amino acids, good fats, and protein. These nutrients are vital to the functioning of many organs and hormonal processes within the body. Consuming corn without the abundance of other proteins and vegetables will lead to an insulin increase that normally should be avoided. When possible, try to avoid eating corn. The risks are high and the benefits are minimal, which means there are better choices than this overused grain.

The South American super food known as Quinoa (“keenwa”) has recently gained popularity in the United States. Although it is a grain, Quinoa’s nutritional profile far exceeds all others foods in its family. In fact, it is the only complete protein from a plant due to its dense amino acid content (all nine essentials). Quinoa provides nutrients that are normally absent in various dietary practices. It is great for Vegans and Vegetarians concerned with an adequate protein intake because of the amount of amino acids found within Quinoa.

Quinoa features a host of other health-building nutrients. This “grain” may be especially valuable for persons with migraine headaches, diabetes, and atherosclerosis because of the relaxation of blood vessels. Quinoa can be used as a breakfast porridge, addition to soup, flour for baking, and other various serving methods. This food packs a lot of benefit and is highly recommended for anyone.

Understanding the complexities behind these misunderstood foods helps people to make well-informed decisions about what they are eating. As mentioned earlier, not all foods react in the way same with everyone. Some people can eat even the most controversial foods and still maintain a healthy appearance. The idea is not to completely omit some foods while fully committing to others. Each person should understand the effects of their food choices. Approach food with a strategy that is positive for your health and enjoyable for your palate.